The connection between the outbreak of Hashimoto’s disease that I experienced and environmental changes that I went through in my life seems quite clear in retrospect, but at the moment of truth it was not easy to understand the processes that take place behind the scenes. Changes in diet, sleep, stress levels and other deficiencies that appeared as a result of these changes led to the onset of Hashimoto’s and as a result borderline underactivity of the thyroid gland. In this article I will explain what Hashimoto’s disease is and what can be done to balance and prevent such an autoimmune condition based on my experience. The word “disease” slightly misses the point that in general it is inflammation of various degrees of severity and not exactly a visible disease. The severity of the phenomenon depends mainly on the rate and level of inflammation that develops in light of changes that the body interprets as a crisis that needs to be resolved.

Hakaro Hashimoto was a Japanese doctor and scientist who was the first to notice somewhere at the beginning of the last century one factor common to all patients who underwent thyroid surgery. The cause that Hashimoto discovered in the patients he followed in his clinic is the autoimmune attack in the thyroid gland area which is characterized by acute inflammation of the thyroid gland. Due to the importance of the discovery after his death, the disease was named after him: Hashimoto’s thyroiditis.

The symptoms of hypothyroidism are: severe fatigue, mental fog, sensitivity to cold, constipation, loss of libido, low mood, avoidance of social situations, low blood pressure, higher than normal cholesterol, obesity for no reason and hair loss. The symptoms can appear all together or only one symptom can appear. Hypothyroidism is a phenomenon that is not so easy to diagnose. A repeat of the blood tests is required and at the same time the test findings must be cross-referenced with symptoms.
To understand whether hypothyroidism was caused by Hashimoto’s disease, the attending physician should be asked to test antibodies in the blood such as TPO.

There are also theories that believe that the reason that preceded Hashimoto’s is that the thyroid gland was first damaged and an excess production of TSH, which is a thyroid-stimulating hormone, led to Hashimoto’s in those who are sensitive to autoimmune phenomena. This is a theory that has not yet been proven and it will be interesting to see more studies that will examine this relationship in the future.

Based on the testimonies of quite a few patients, Hashimoto’s disease can worsen when the body is dealing with intestinal problems. Whether in view of low levels of good bacteria, overgrowth of bacteria in the small intestine or dysbiosis or allergies to certain foods that will also be increased in an unbalanced bacterial environment and more. Of course, in order to solve the inflammation of Hashimoto’s disease, these problems will have to be treated first.

More than once, doctors have sent me for only one test that may come out apparently normal, but it is not the test that will reveal Hashimoto’s disease. It is important to be aware that both antibodies must be tested.

Ultrasound as an additional diagnostic tool for Hashimoto’s
Many doctors will send you for an ultrasound to confirm Hashimoto’s, because sometimes you can see a kind of “dots” on the thyroid gland in the affected areas. It will not always be enough for diagnosis but it can certainly be a complementary test if the other tests show a borderline result. Beyond that, it is always recommended to repeat the antibody tests over a certain period of time because of the sensitivity of these tests and their volatility.
It is important to note that if it is found in the test that the antibodies are within the normal range, this is normal. We don’t have to have zero antibodies in our blood. In their natural state in the body, immune system cells will use those antibodies to eliminate dead cells.

A situation that must be monitored is when over time the antibodies in the normal range climb up towards the upper limit. This probably means that you should start a good preventive plan such as choosing a way of eating that reduces inflammation like PKD and AIP along with taking care of your gut health, avoiding foods that increase inflammation (details below) and reducing inflammation by proper stress management and proper sleep. Many patients prevented the development of Hashimoto’s disease when they caught the inflammatory trend in time.
As the antibodies and inflammation increase, the thyroid activity will go from underactive to overactive, which makes accurate diagnosis difficult due to the fluctuation. Either way, there are deviations in hormonal tests that already cause difficulty in monitoring the values in the laboratory. Another common mistake in this situation is to diagnose a patient as suffering from “bipolar” disorder or other mental illnesses. Beware of misdiagnoses.

As mentioned, a correct treatment would be one that incorporates the T3 hormone. Most doctors prescribe only T4, which is called Levothyroxine or Eltroxin in Israel. An effective treatment would be one that combines the hormone T4 and T3 from a synthetic source or from a more natural source such as NDT (Natural Desiccated Thyroid). The treatment can help Hashimoto’s patients stop the autoimmune attack by taking the load off the gland itself.

Foods to avoid with Hashimoto’s

First and foremost, avoid gluten. Gluten in itself causes inflammation and as we have already said, Hashimoto’s is inflammation that is concentrated in the thyroid gland. Then it is recommended to limit carbohydrates and dairy products. As I said, you should research the so-called “AIP diet” – acronym for Autoimmune Paleo. Another excellent way to solve Hashimoto’s or stop the development of the disease is PKD – the acronym for Paleolitic Ketogenic Diet.

In the post limiting carbohydrates to balance blood sugar I detail how we can balance blood sugar by limiting carbohydrates. There is a direct connection between carbohydrate restriction and thyroid balance. The spikes in sugar and insulin will eventually affect the functioning of the thyroid gland which depends on the balance of the other organs in the endocrine system. All the organs in the endocrine system depend on each other and as soon as the function of one organ changes, it drags the rest of the organs with it. Once we balance the blood sugar, the insulin will balance and be secreted in a straighter line. Flattening the jumps in insulin will reduce the fluctuations in hormones and make it easier for the thyroid gland and the secretion of the hormones it produces. This circuit is relevant for every organ and gland in the body.

A very common problem among patients with Hashimoto’s and hypothyroidism is a too low level of iron. Values in the blood such as ferritin and iron are an excellent and relatively accessible tool for diagnosing inflammation in the body. High ferritin and low iron indicate that the body has moved the available iron to storage in the form of ferritin, to avoid adding fuel to the hostile factor the body is currently dealing with. It is important to understand that high ferritin can be misleading because it can also indicate inflammation that has already ended, because the body does not exactly know how to get rid of excess ferritin, except by losing blood or donating blood. If we are sure that there is some inflammation in the body based on symptoms that are similar to anemia and blood tests, to reduce the inflammation we will start with these three changes: what we eat, how we sleep and deal with stress and we will add prolonged training together with intense high intensity training once a week. After a few months we will check again and find out if the changes we made did indeed reduce the inflammation. If not, we will have to find the root cause of the persistent inflammation and treat it from the root. The reason would be some kind of exposure to an external or internal poison or past exposure as a result of which the iron still remains stored as ferritin.

Avoiding external toxins
Hashimoto’s is inflammation caused by some exposure to toxins. external and internal. Some patients found that what led to Hashimoto’s was prolonged exposure to mold. Another common cause of inflammation in the body is exposure to toxins that we put on our skin. This is a topic that is not talked about enough in the world of nutritional science.
We can replace all our care products including shampoo and soap with natural products. According to the old rule of “never put substances on your skin that you wouldn’t put in your mouth”. Beyond that, it’s more convenient to buy only a few basic products, it’s cheaper and it’s much more natural for our bodies. It is possible that the reason you still do not feel well is the use of the industrial care products of the cosmetic companies, even though you are careful about quality food, good sleep and a natural lifestyle. Every product you have ever purchased has a natural substitute that meets the same need (adding moisture, restoring tissues, tanning and any other purpose). The path to complete detachment from environmental toxins must also go through the care products, bathing and cosmetics. Not only is it cheaper, truer to the body and more convenient to apply, it is also a much more effective treatment for our skin. In the beginning, a little trial and error will be required when the goal is to understand which material is better for your skin or hair. For example – our shopping list can only include: unheated organic apple cider vinegar, local olive oil, fruits like papaya and banana and baking soda. You can start with: soda – as soap, shampoo, deodorant and toothpaste, vinegar – as a hair conditioner, moisturizes and regenerates the tissues as part of a face mask and local olive oil – to add moisture and shine to the skin and hair. Fruits such as papaya/banana can be used by us to encourage renewal and tissue building.

In conclusion
We can be completely cured of Ashimoto’s by changing the way we eat and getting rid of external and internal toxins, but to know exactly what damage has been done to the thyroid gland, blood tests must be performed and repeated over time. The physical changes and symptoms must be monitored in order to accurately assess the condition of the thyroid gland. Trial and error with the foods you’re sensitive to would be a smart move after you’ve switched to a way of eating that reduces inflammation like AIP or PKD or another low-carb version from natural, non-processed sources.

If there is no irreversible damage to the thyroid gland, we can save it and re-stimulate it with the help of avoiding toxins, eating right and eating foods that stimulate the endocrine system. 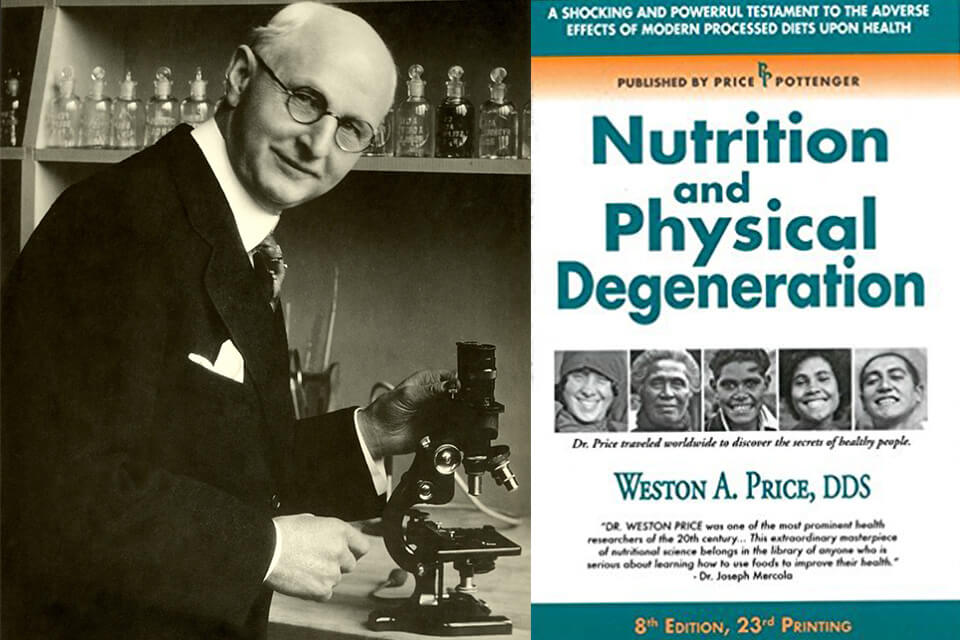 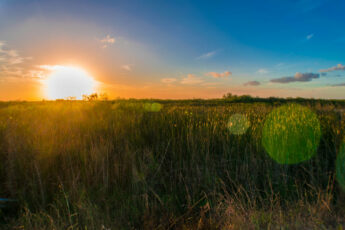