On Nutrition, diabetes and sports or how at the age of 30 I healed myself

The story I want to tell you will be useful for any athlete, even more so if he is facing some sort of physiological imbalance or chronic disease. That athlete would be able to conquer any goal he sets for himself if he will learn to listen to his body along the way. It is a worn-out cliché but just how accurate it will turn out in my case.

At the age of 11 I was diagnosed with type 1 diabetes. Years of imbalance and constant roller coaster of blood sugar started to make me feel less and less healthy. A high-carb western diet and an alcohol-saturated nightlife certainly did not add to my blood sugar balance and general feeling. At the beginning of the third decade of my life, after serving as a fitness instructor for the army in an elite unit, I began to train intensely in long distance running. I soon became a proper half marathoner. Yet, deep Inside I felt something was wrong. I was shredded, skinny and I ran very fast but still, the energy balance throughout the day was too volatile. Sudden crashes in concentration throughout the day and sudden drops in energy especially after lunch became routine and they began to make it difficult for me to concentrate on work and studies. Suddenly simple routine tasks became more and more challenging.

Dr. Richard K. Bernstein was diagnosed at the age of 12 with type 1 diabetes. When he was only 30 years old, he was already suffering from severe complications because of unbalanced diabetes and eating according to the guidelines of the American Diabetes-Western Diet High in Carbohydrates which naturally leads to a poor glycemic control. Shortly before his 30th birthday his doctors informed him that at this rate He will not be able to carry on much more than 30. Probably thanks to Bernstein’s being an engineer he began to look for a well-organized action plan to solve this complex problem. He was able to put his hands on a commercial glucometer (device for measuring blood sugar levels), which was almost impossible at the time, unlike today. With the help of a low carb diet he invented out of trial and error, Bernstein was able to normalize his blood sugar, near the number 83 mg / dL around the clock. Before, during and after meals. Slowly but surely he healed the serious complications from which he suffered. At age 45, Bernstein decided to study medicine after years that the medical community disparaging articles he published claiming he was “not a doctor.” He is now 87 years old and still works and treats his patients at his clinic near New York. For decades he has maintained an exemplary balance in his blood sugar, and he exercises daily. Mostly strength training. Among other things, he was also responsible for marketing household sugar meters to the consumers, thus closing the circle. For that I and many other diabetics owe him quite a bit.

Back to my story – with a lot of high quality animal protein and fat, some green vegetables and nuts and a lot of strength training I have been walking around for several years with hemoglobin A1C, a way to measure the average blood sugar level of the past 90 days, of 5 and below (better than a non-diabetic person’s glycated hemoglobin of 5.5 + -).

Shortly after changing my eating habits, I began to feel like I had never felt before. I suddenly found myself managing to concentrate day after day on the things I love, at work or school for 10-12 hours. Not only that, but I also felt fresh enough to incorporate daily short, focused strength training. Eventually I also started to build up some nice muscle mass that I never really had. My aerobic fitness also improved without really changing anything in the workouts themselves!

My mood stabilized and never-ending thoughts that accompanied me for years left me as quickly as I began to feel good. It all happened at once. Just like in the stories.

Studies have repeatedly shown the close link between unbalanced blood sugar levels and depression (* 2). Beyond that, Dr. Bernstein notes in his book that all his new patients reported that their new diet cured them of depression which they suffered from for years. This statistic stunned me when I first read it.

Beyond that, a low carb diet is used as an effective tool for treating most of the diseases of the Western world – diabetes, obesity, metabolic symptoms, and autoimmune diseases. Another nice bonus is that since I changed my diet I have not been infected with viral diseases. If I do get infected once a decade more or less, – it passes as fast as it came. The same goes for phlegm in the throat.

Troubled and full of unanswered questions I began to explore the subject from every possible direction. An in-depth reading led me to the discovery that the “cholesterol myth” does exist. The mainstream doctors are light years away from the latest science in the field. They rely on the historical and scientifically limited trials of Ansel Keys (* 3). Just like in the US, doctors in my country prescribe statins (cholesterol-lowering pills) in uncontrolled amounts to each patient who enters their clinic with cholesterol that seems a bit high in their eyes. The upper limit was apparently determined in the 50s in the US.

The ironic part of the story is that a person who is afraid of cholesterol will not be able to answer the simple question – what is cholesterol? briefly – Cholesterol is a waxy type of fat, or lipid, which moves throughout the body in the blood. Lipids do not dissolve in water, so they do not come apart in blood. Cholesterol is essential for us in order to survive and fight inflammation. In fact all our cells need cholesterol to survive. Without cholesterol we will all die. A small part of the cholesterol comes from the food we eat and most of the cholesterol is produced by the liver. The body should know how to regulate the amount produced. Therefore, there is no direct relationship between the amount of cholesterol consumed in the diet and the cholesterol level in the blood. The basis for the fear of high cholesterol levels in the blood based on the claim that it causes atherosclerosis. Contrary to this outdated view, what has been proven to be a much more accurate predictor of atherosclerosis and heart disease are high levels of oxidized cholesterol and a high amount of small LDL particles. These are more serious factors that need to be examined along with other metabolic and inflammatory markers in the blood (there are quite a few such as CRP, ESR and Ferritin etc.). some of these markers are not being tested in the routine lab that your doctor prescribes to you, as for today at least. Despite all this, perhaps the most important measure for assessing the possibility of future heart disease, even more than the markers mentioned above, is the measure I mentioned earlier – Hemoglobin A1C. It is tested in every lab in my country, and it is an easy measure to ask the doctor for.

All along the way, Dr. Bernstein’s voice echoed in my head, who said more than once that “If your cholesterol is very high, you should check your FREE T3 and FREE T4” which are the active thyroid hormones. I put the attention on my Thyroid (not only the poor TSH test) and I was surprised to find out: the hormonal values ​​and especially the FREE T3 (the active thyroid hormone) were way too low. This famous phenomenon called paired diseases. Another well-proven link in studies (* 4). It is pretty known to modern science that one autoimmune disease will never appear on its own. Type 1 diabetes, celiac disease, Hashimoto’s (thyroid), psoriasis. A combination of these is very common. Two of these together and sometimes all of them at the same time.

This is how I realized, after an in-depth reading on the subject of cholesterol from every possible angle, that cholesterol is usually just a symptom and not the problem itself. Contrary to popular belief, cholesterol should not be treated but other problems that are usually goes deeper. There are exceptional cases of built-in hypercholesterolemia, but they are extremely rare and do not represent most people.

In hypothyroidism the whole metabolic system of the body slows down its rhythm. If you have already done the math yourself then you have understood for yourself – the source of the abnormally high cholesterol values ​​is the slowing down of the metabolism of fat and fat removal from the blood which is also getting lazy.

The symptoms can appear all together and can also appear as only one symptom. Hypothyroidism is not a simple diagnosis to make. Hormonal testing should be repeated, and attention should be paid to symptoms at the same time. After a careful balancing of the thyroid gland by supplementing the necessary hormones (not only T4) and refilling the rest of the missing nutrients, my cholesterol got “normalized” completely (if cholesterol is still any risk factor for anyone). What made me much happier was that the symptoms disappeared completely.

Thyroid balance is indeed a complex issue, especially if one is following the instructions of endocrinologists in the West. Most of them will tell you that “everything is fine and there is no reason to treat your thyroid gland.” More and more evidence coming from patients from all around the world proves that there is indeed something to be treated. A famous one of them is Jainie Bowthorpe. I highly recommend to you visit her website: Stop The Thyroid Madness.

Whether you are an active professional athlete and weather you do a few push-ups and pull-ups daily (by the way their health benefits are not necessarily less than those you get from practicing a professional sport) there is really no limit the physical and health levels you can get your body to. This is of course in term you make the transition to this new way of eating in a smart and meticulous manner and follow the guidelines mentioned in this article. You will become acquainted with a lifestyle that once you get used to it and get through the difficult period of weaning from carbohydrates – it is simply impossible to go back. Unlike other “diets”, it is a nutritious and complete way of eating. The body gets all the micro-nutrients and macro-nutrients it needs.

High quality meat, its organs/bone marrow occasionally, and the addition of quality sea salt. This is the whole approach on one foot. You can always add a small addition to your meals of high fat dairy products and green vegetables of your choice, but in small amounts. You will get everything your body needs from animal foods. It is important to note that any transition to a particular way of eating should be done in full coordination with the attending physician or nutritionist. The changes should be made while monitoring the relevant values ​​in the blood, examine the changes they are showing and the physiological changes, As I did for years and had to learn on my own body.

*2- Article- Meta analysis about the relation between blood sugar levels and depression: https://pubmed.ncbi.nlm.nih.gov/10895843/ 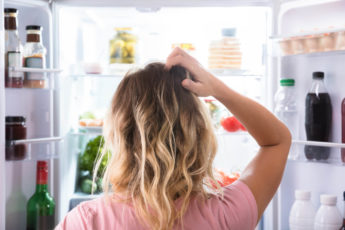 What insulin has to do with hunger ? 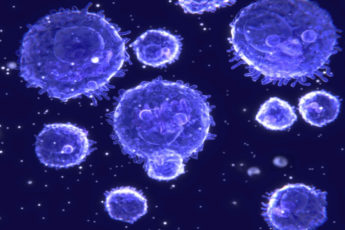